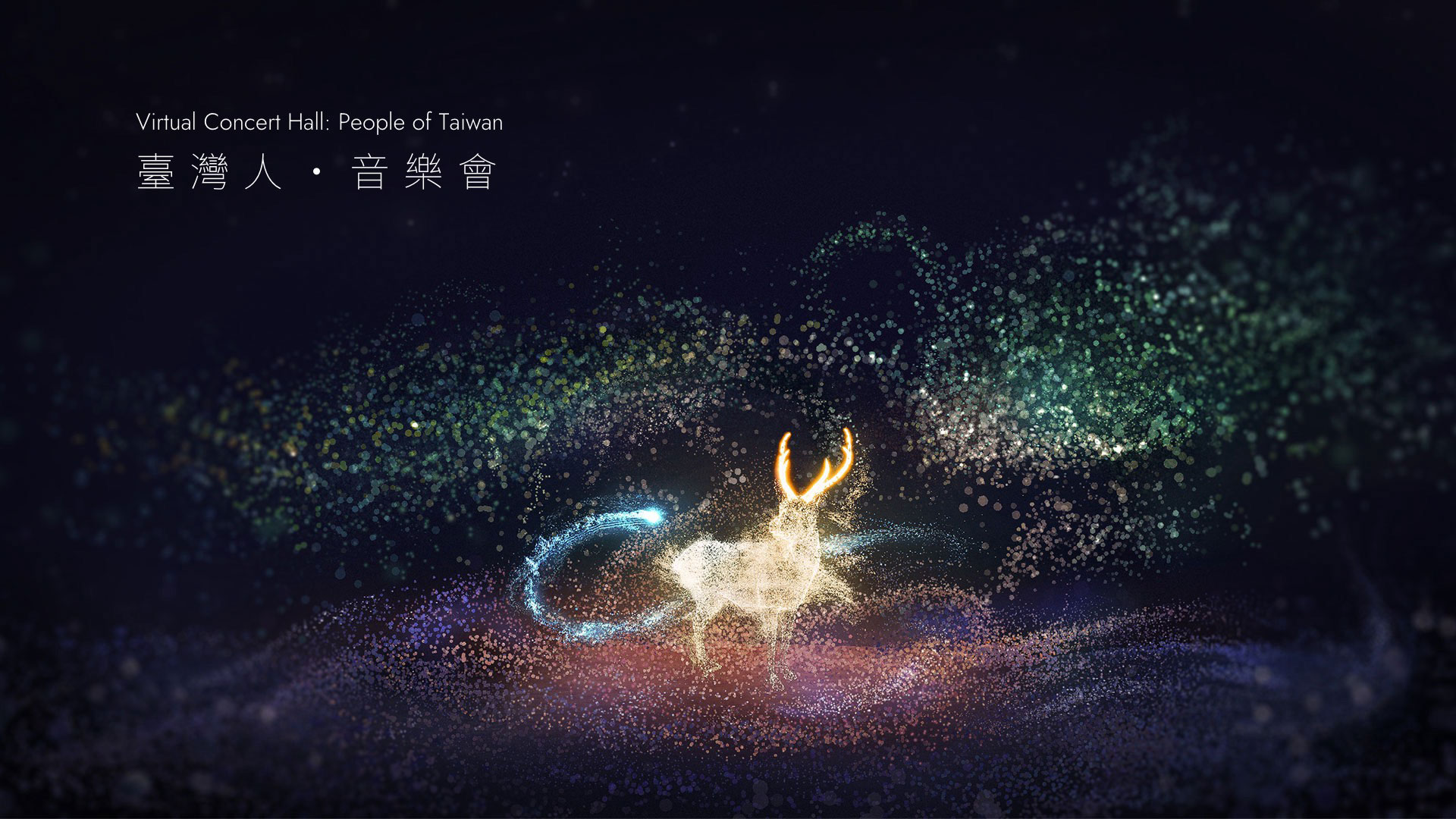 Taiwanese of different ethnic backgrounds have used their lives and stories to paint a fine and magnificent picture of this island.
This virtual concert is a 45-minute program featuring the people of Taiwan. Hao-en, Nanwan Sisters and Sheng Xiang & Band are invited to link together the three themes of Ocean, Mountain and Land by performing Taiwanese folk songs, as well as aboriginal and Hakka music. They will weave together the sounds of this island and deliver Taiwan's sincere blessings and gratitude. Meanwhile, MoonShine Animation and seasoned creative director Dolce Wang join hands to use deep scanning technology to capture the musicians' gestures and combine them with the music. Tapping into the aesthetics of animation and multimedia technology, and fusing the image of the songs and Taiwan's cultural and natural delights, this music experience that integrates technology and art lets viewers immerse themselves in an audio-visual feast. Everyone is invited to listen to works belonging to this island and catch a glimpse of the diverse and dynamic life of Taiwanese people.
Story Island and Hao-En – Seeing the beautiful Taiwanese people on this beautiful island
Story Island comes from CinCin LEE's musical travelogue around Taiwan. She documents the heartwarming stories and people's rustic hospitality in her journey with music. The shimmering waters of Sun Moon Lake and the prosperous charms in corners of old Taipei all become captivating movements of melodies. By translating the myth of the search for the white dear, the visuals guide viewers from a lake shore to a new oasis of Taiwanese music—the Kaohsiung Music Center. A new music fest is about to begin. With Taiwanese folk songs passed down for generations accompanied by classical instruments, special guest Hao-en's vocals celebrate the beginning of this virtual concert on the cloud.
Nanwan Sisters – Gifted tribal voices singing the beauty of the Puyuma
Nanwan Sisters hailing from the Nanwan tribe of the Puyuma people will be performing songs written by Baliwakes, the father of music in Nanwan tribe. In addition to Jesus Christ, Like in Heaven and Ode to Ancestors that have been sung in the tribe for many years, they will also sing Phlox Flowers written in Japanese by Uyongu Yatauyungana of the Tsou tribe. As their voices echo in the natural scenery of mountains, bamboo forests, and clouds, the visuals of angel's ladder and doves symbolize the light of Jesus. They share not just the beauty of Puyuma music as a token of celebration, but also deliver their blessings to Japan with a Japanese song Phlox Flowers.
Sheng Xiang & Band – Singing your own song and speaking for the land
Musically, Lin Sheng Xiang uses yueqin as his creative medium to ponder the application of traditional musical instruments in modern performances. From adding strings, setting strings to tuning strings, and experimenting with various acoustic possibilities, he attempts to synthesize a sound that doesn't deviate from the traditional tone despite the changes in modern performance conditions. His music is infused with sincerity and profoundness as a result of this back-and-forth musical thinking. The lyrics also tell the epic story of a community that is "always coming home." The story unfolds with painful scars. As early farming and lifestyle are disrupted and displaced by modernization, industrialization, pollution and globalization, villagers who can't find a way into the big cities must silently watch the disappearance of everything they hold dear in their hometown. Even their own language is taken away from them by the state-imposed "textbooks" and "readings". Yet a new generation of prodigal sons, like the Odyssey, have found their way home. Meanwhile, those who have stayed behind in their homeland have found a voice to protest against the environmental bullying and set out on an nonstop mission to reclaim their language and land. In the visual presentation, the imagery of people traveling far from home to big cities is expressed by a truck on a long journey. The process of returning to hometown to farm then points at the purity of rural life and the love for the language and land.

When everything falls apart, it is the artists' duty to bring beauty back to this broken world. Now, you are invited to enter the virtual concert hall, immerse yourself in this music experience that combines technology and art, listen to works belonging to this island and catch a glimpse of the diverse and dynamic life of Taiwanese people. Wherever you are, we hope you can find an emotion or connection that resonates with you. Let this virtual concert on the cloud be a gift that spreads the music and blessings from Taiwan to every corner of the world. 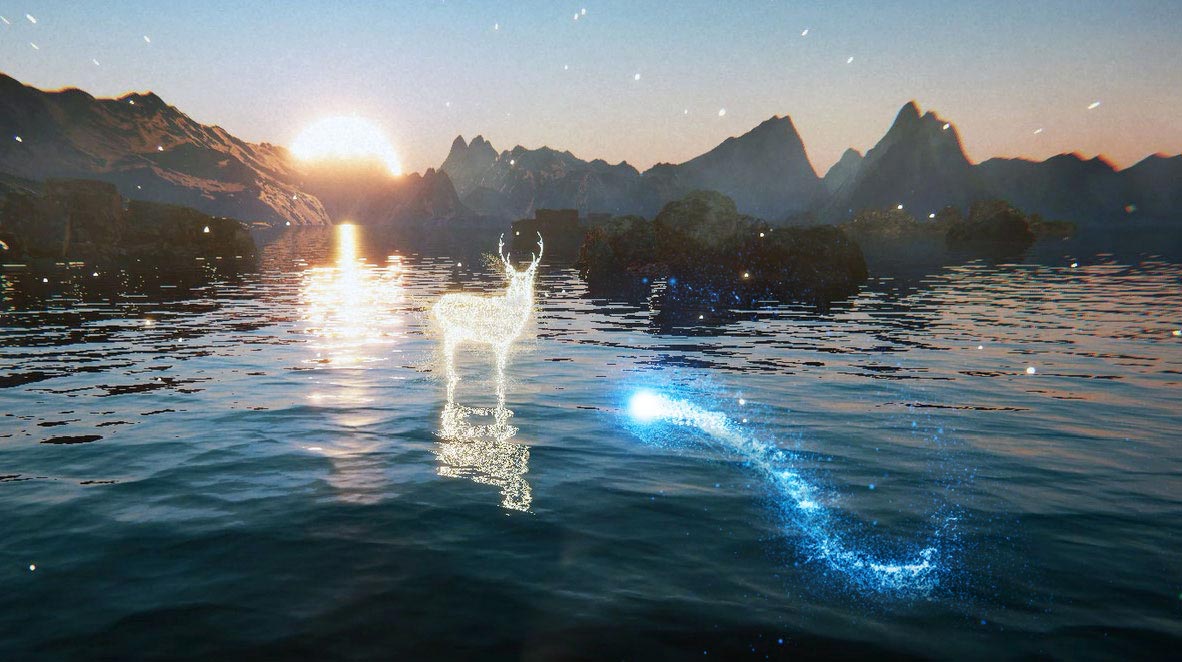 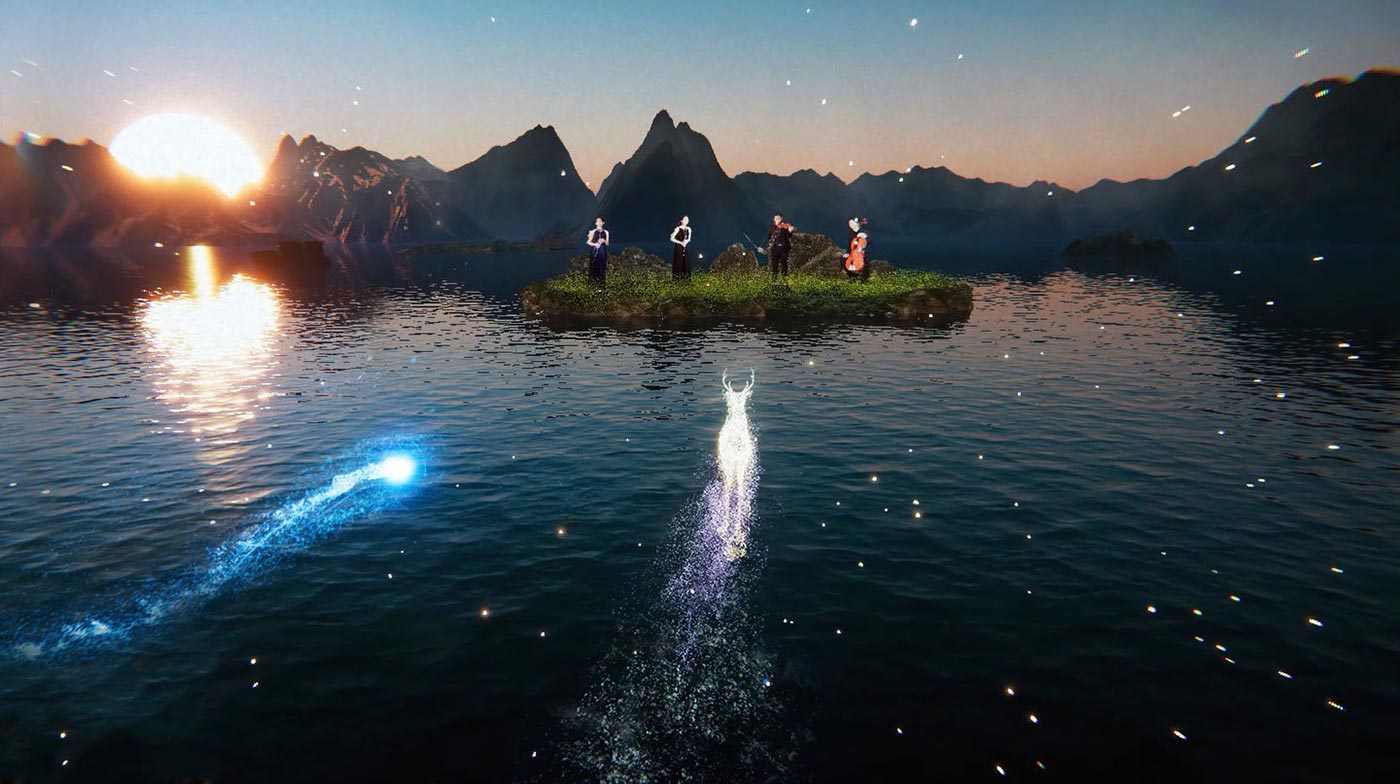 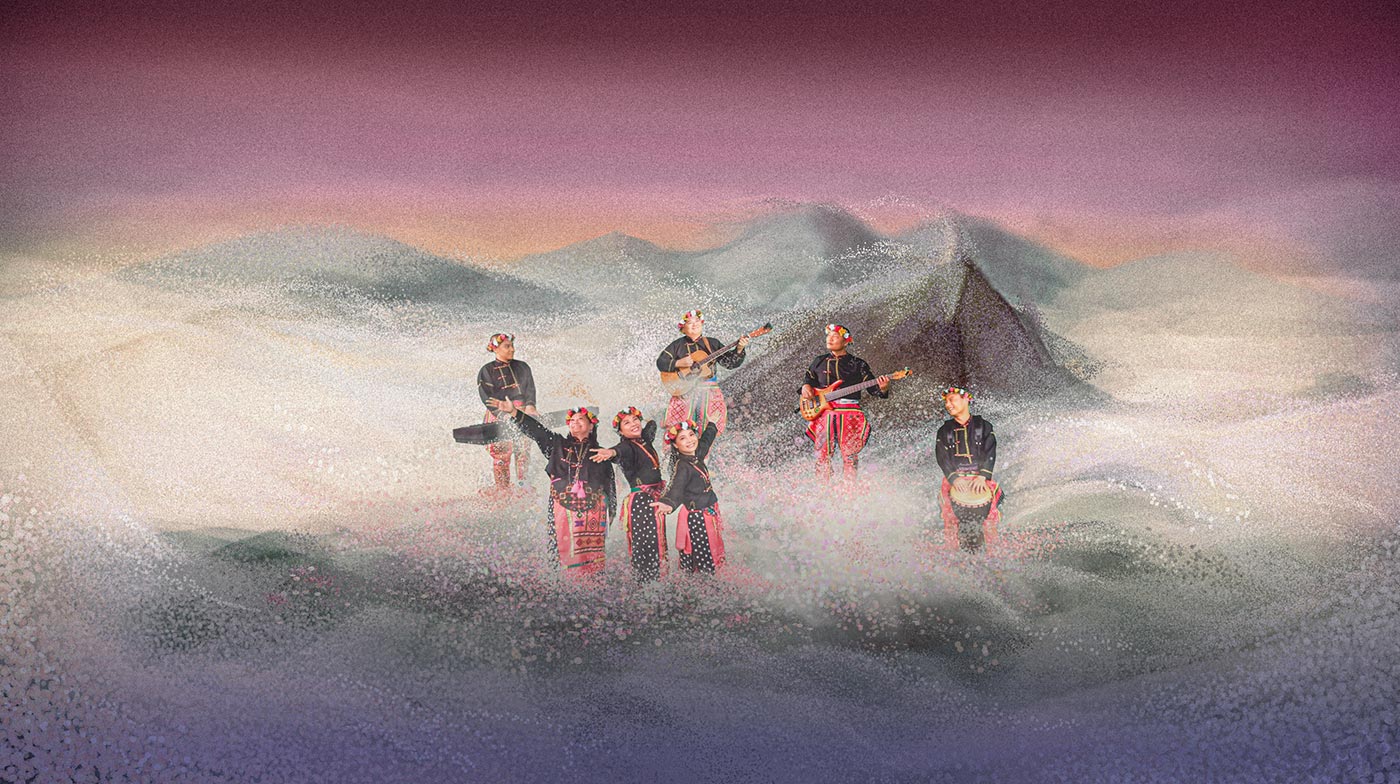 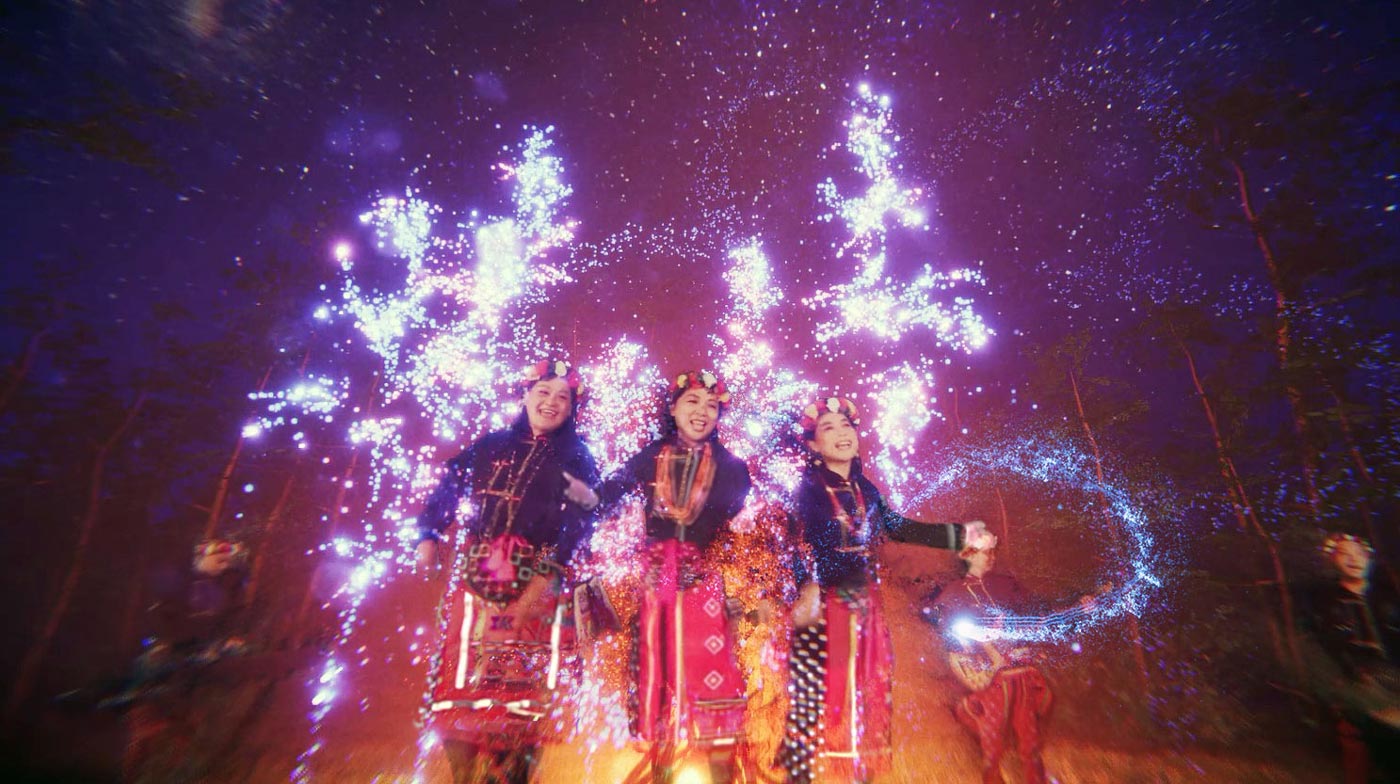 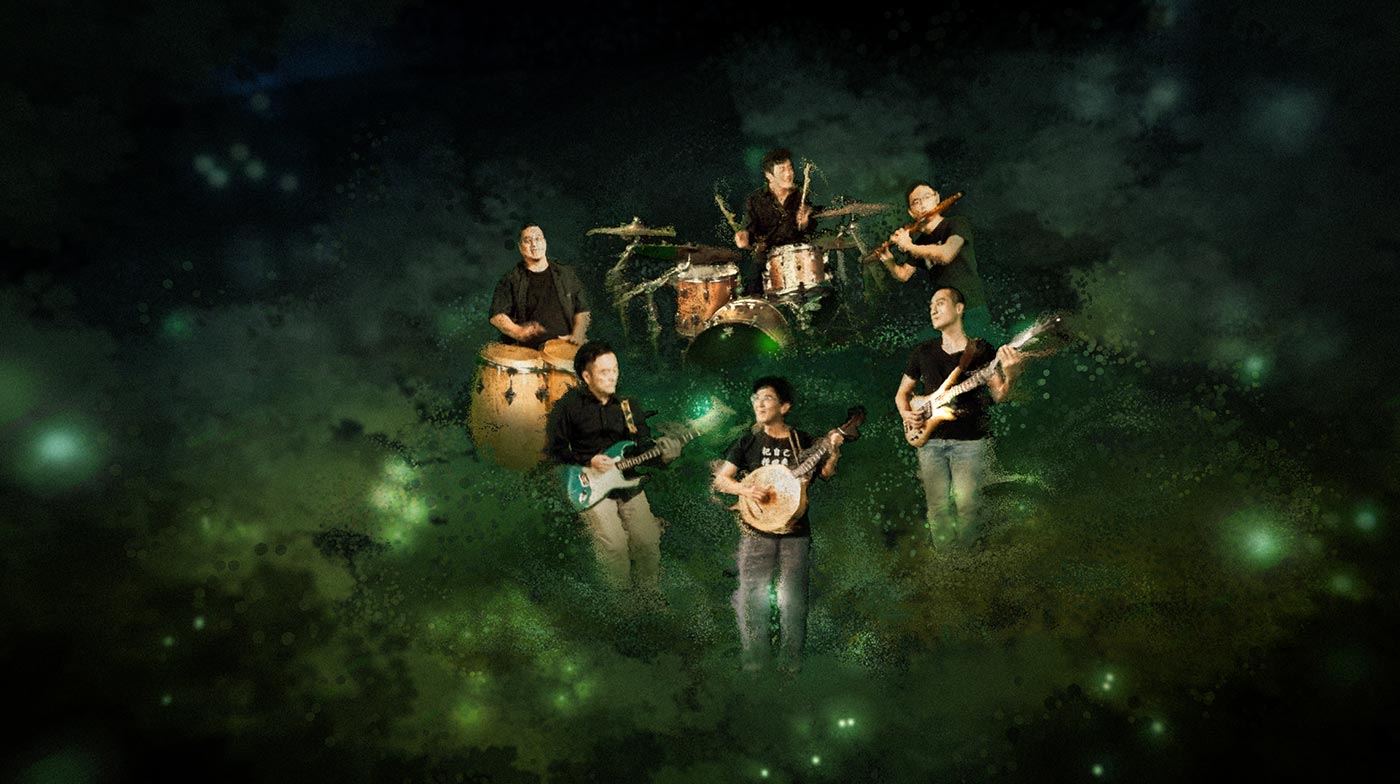 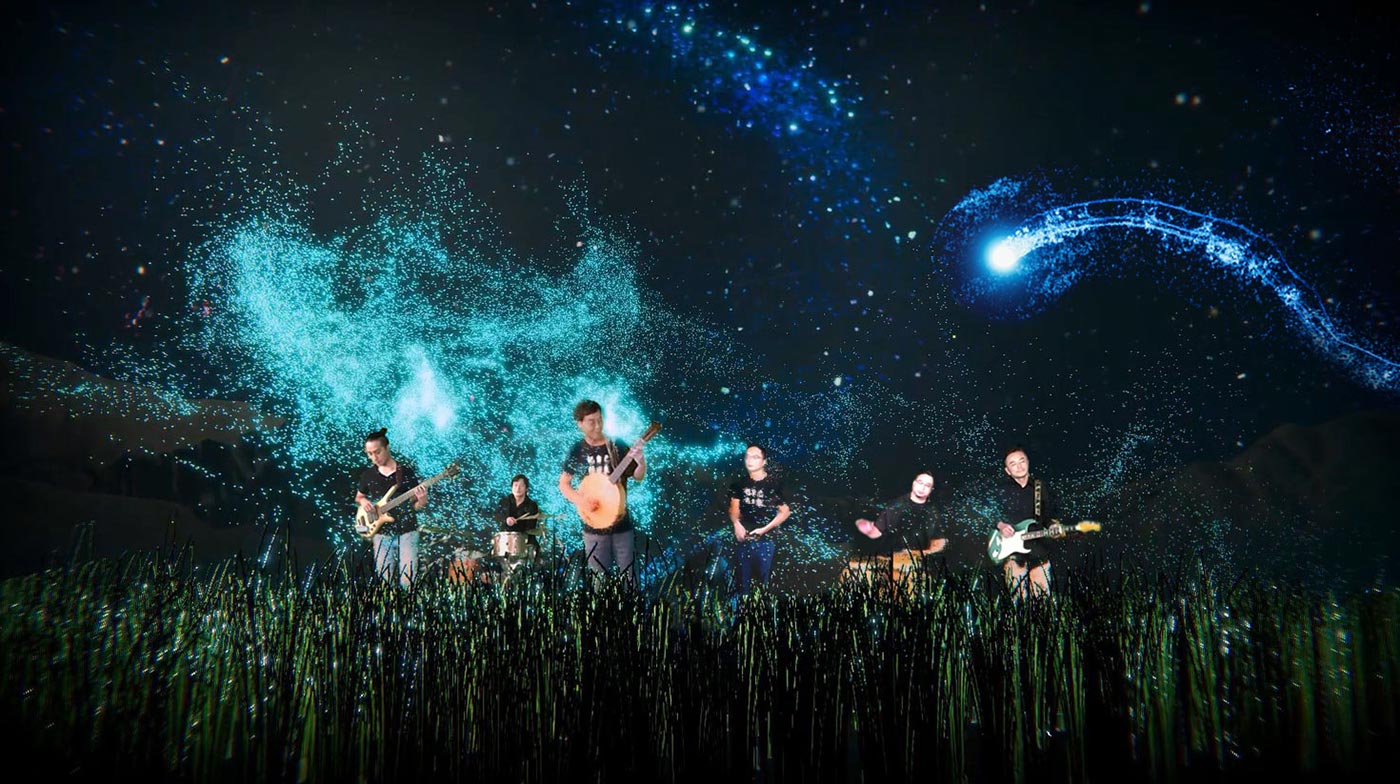 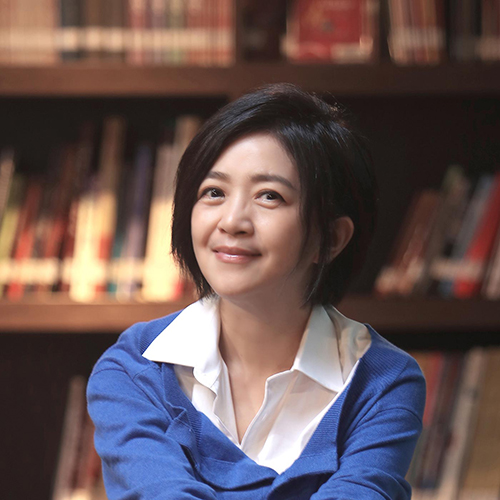 CinCin LEE
Born in Kaohsiung and raised in Taipei, composer and producer CinCin Lee was trained in classical music from a young age. She graduated with a music degree from Soochow University and studied jazz composition and modern arrangement at Berklee College of Music. Her works span across instrumental music, popular music production, and film scores and has been recognized at the Golden Melody Awards and the Golden Horse Awards multiple times. In 2002, she composed music for the movie Double Vision, becoming the first female musician ever to compose music for a Chinese language movie. She was awarded Best Original Film Score at the 42nd Golden Horse Awards in 2005 for her work on the film Blue Cha Cha. In 2009, she released Story Island, and was awarded Best Instrumental Composition for the track The Great Rice Drying Field at the 21st Golden Melody Awards. In 2016, she collected her past works and rearranged it to produce the instrument album Cin Cinema, for which the team travelled all the way to Bulgaria to record. A visual concert of the same title was later held in the National Concert Hall in Taipei and the Pingtung Performing Arts Center. Cin Cinema was nominated for five Golden Melody Awards and won Best Instrumental Album Producer. In 2019, she worked with the Taipei Chinese Orchestra to produce the widely acclaimed all new visual concert program, 10 Chairs in the Hometown Taipei. CinCin herself is also involved in the production of pop music and serves as producer, composer, and arranger. She is currently the CEO of the Kaohsiung Music Center. 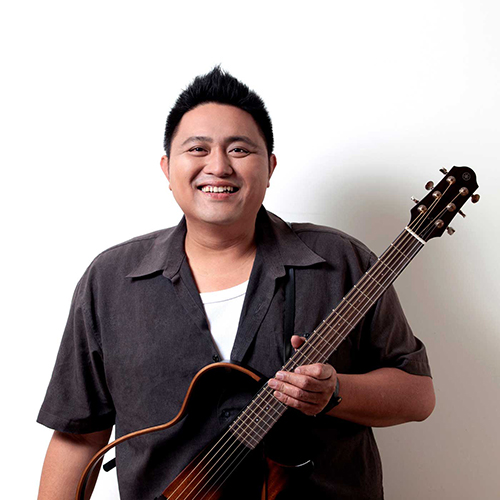 Hao-en
Hao-en is a member of the Puyuma peoples in Taitung, and was born in the Puyuma tribe, also known as the Golden Melody tribe, as many famous musicians such as Baliwakes, Chen Jiannian, Jiajia, and Samingad all come from the same family. After graduating middle school, he joined the Formosa Aboriginal Singing and Dance Troupe to learn the traditional music of the various indigenous peoples and gain on-stage experience. He later joined the Am Band as a guitarist and performed at various festivals and venues at home and abroad, further expanding his resume to include performances of different forms. The artist has also participated in the production of videos and musicals, as well as collaborated with various musicians. Festivals in which he performed include: the Austronesian Cultural Festival in Taitung, the Taiwan Performing Arts Fair, Earth Day, Asia Tribal Folk Song Festival, Voice Thunder, Indie Music Festival, Hohaiyan Rock Festival, Ryukyu Culture and Art Festival, HK Arts Festival, Singapore International Festival of Arts, MIDEM in Cannes, Fête de la Musique (2016, 2019), Simple Life (2016, 2020), Taiwan East Coast Land Arts Festival, and the 2019 Presidential Office Concert. 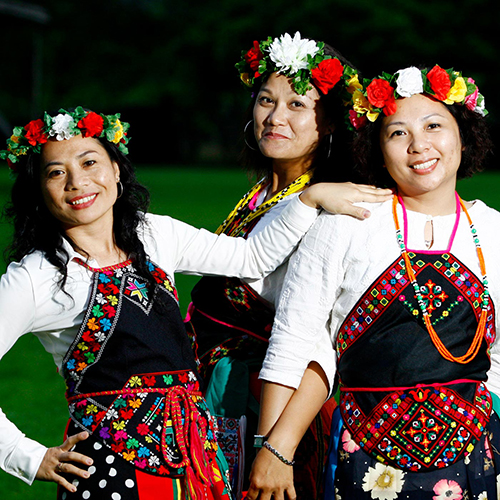 Nanwan Sisters
Formed by Samingad, Lavaus and Ihua from the Puyuma Tribe of the Puyuma peoples in Taitung. They had performed song and dance with the artist Chen Jiannian in the indigenous youth group as students and performed in various joint events held by high schools in Taitung as well as China Youth Corps. During their hiatus, people began to notice the Puyuma Tribe as the spotlight shone on the music and life as well as the tribal customs of musicians Chen Jiannian, Samingad, Hao-en Jiajia, and Kuo Min-long. As a result, the beautiful voice left behind of the Nanwan Sisters was rediscovered. Samingad of the Puyuma tribe shares the same name as her niece, a well-known singer. The name is a heritage passed down from her great-grandmother. She was part of a duet with Lavaus during their high school days. Lavaus of the Puyuma tribe inherited her name from her great-aunt. She was the guitarist and backup vocal of the duet during high school. She once operated a folk music house, The Bat Cave, with a friend and served as the lead vocal of the band Batband. She has been performing with her husband as the duo I-po & Lavaus. They have a daughter and a son. Ihua from the Atolan tribe of the Amis is the only one of the Nanwan Sisters who is not of the Puyuma peoples. During her younger days, she once formed a duet with a sister of hers. She married a man from the Puyuma tribe and is now the mother of three sons. 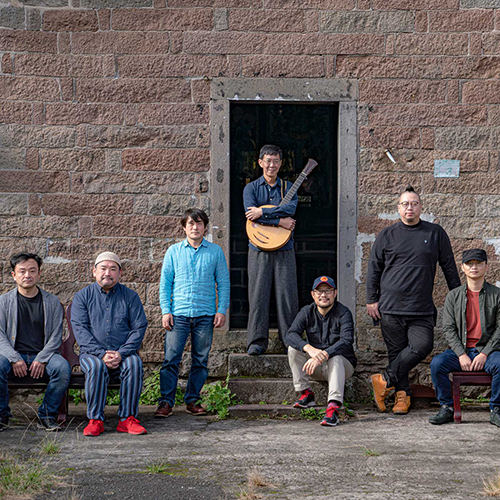 Sheng Xiang & Band
Sheng Xiang & Band cares about the agriculture industry and the environment. Their music is based on traditional Taiwanese elements while incorporating contemporary Western music. In 2001, they stepped on the international stage and toured over ten countries across Asia, Europe, and the Americas. In July 2018, they performed at SummerStage in Central Park, New York, bringing the world Taiwan's unique flavor of rural rock music.

Sheng Xiang & Band members include Lin Sheng Xiang on the six-string yueqin, electric yueqin, and vocals. Ohtake Ken on the guitar, Hayakawa Toru on the electric base and electric piano, Alex Wu on percussion, Fukushima Noriaki on the drums, Po-yu Huang on the suona and guan, as well as the poet Chung Yung Feng. Chung began collaborating with Lin on writing music while working on the Let Us Sing Mountain Songs album back in 1998 in the Labor Exchange Band. The two have released ten albums together thus far. Chung has won two Golden Melody Awards for Best Lyrics, while Lin has won nine Golden Melody Awards, ten Golden Indie Music Awards, two Golden Horse Awards, and one Taipei Film Award. Japanese nationals Ohtake and Hayakawa joined in 2006 and 2009, respectively. Wu became a member in 2011, while Fukushima and Huang joined in 2014. All members have the improvisational jazz spirit, giving each live performance a surprise element. 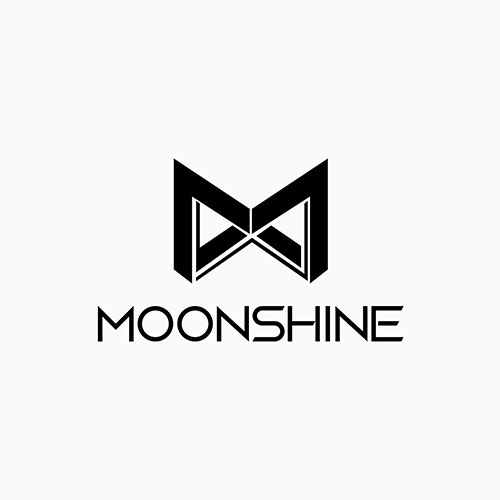 Moonshine Animation
Moonshine Creation CO., LTD. is an artist-centered company created by the Moonshine Animation team in 2016 to create original IP and brand. To that end, the company has a roster that includes directors, designers, animators, and research personnel. Moonshine is dedicated to developing interactive new media products such as VR, AR, MR, body sensing interaction, and motion capturing, in hopes of expanding the horizon for the film and television industry. Moonshine Animation produces high quality animations and visual effects and has collaborated with several distinguished brands and production companies around the globe. The company's main services include character animation, special effects, and dynamic design. It has a brilliant track record in the fields of animation, special effects, and interactive multimedia and has won awards at home and abroad. Dolce WANG
Dolce Wang is a director, musician, composer, screenwriter, animators, and concept designer all rolled-up into one person. She is adept at creating live immersive performance, multimedia art installation, stage performance production, and interactive exhibitions. Wang served as creative director and principal R&D imagineer at Walt Disney Imagineering. She was also a guest faculty member at the School of Music Technology, California Institute of the Arts, lecturing about sound synthesis and combining music and technology. While working as creative director and imagineer for Disney, she blended art and technology to perfection. Her multi-dimensional background led to her all-around achievement, which includes two US patents. She has also received countless awards in the art, music, themed entertainment, movie, and engineering fields.
Music
Music Producer: CinCin LEE