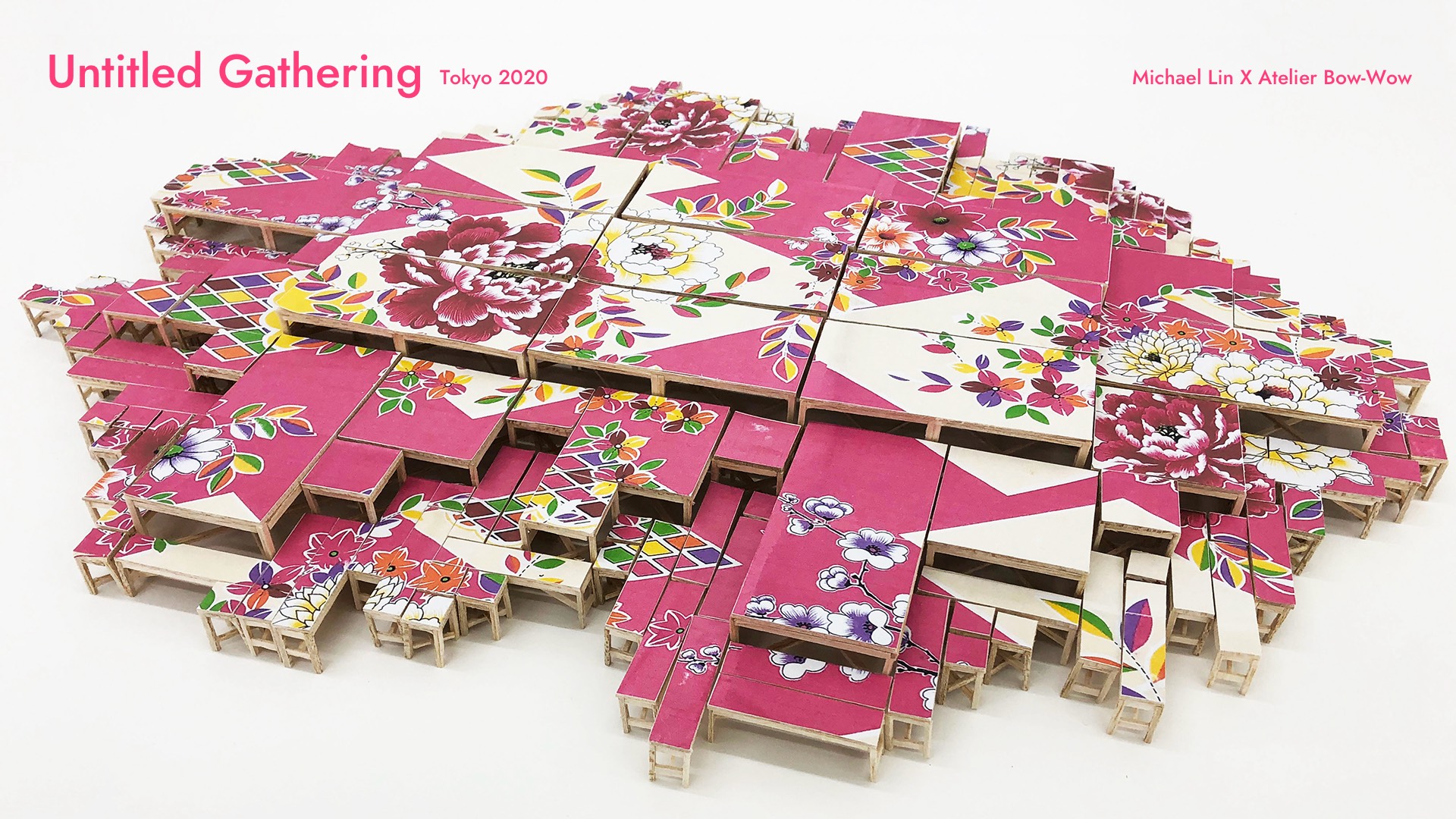 The work Untitled Gathering (Tokyo 2020) presented during the festival Taiwan Now is a collaboration between Michael LIN and Atelier Bow-Wow. The work is an assemblage of tables, benches, stools and a stage conceived for the atrium of the KITTE building, the main venue of the festival, to host and encourage both formal and informal gatherings.
Untitled Gathering comes from a series that Michael LIN began in 2005. “Untitled” refers to something un-programmed, not clearly pronounced, or designated. Thus, an Untitled Gathering is an informal, incidental gathering that leaves room for invention and improvisation. Like the social project itself, it is always an unfinished puzzle.
I had three chairs in my house; one for solitude, two for friendship, three for society.
⸺ Henry David Thoreau
Comprised of groupings of tables, benches, stools as well as a stage, designed by Atelier Bow-Wow, the work visually and physically balances two states: cohesion as a continuous pattern, and dispersion or fracturing. When all the units are assembled together in the correct order, they form a continuous decorative pattern. Yet, the work is rarely in a completed state with each piece in its designated place: as users interact, the pattern becomes frayed at the edges and then eventually inward. There are always a couple of stools or benches left ajar to allude to the possibility that the order may be altered. As the pieces are reassembled periodically, their functionality will only be unveiled when an inquisitive or fatigued visitor pulls one out to sit, symbolically breaking the ice of conversation, and starting a new community ritual.

The works are influenced by the aesthetics and behavior imbued in the cultural practice and history of LIN’s native, Taiwan. The stool element is inspired by the mass of small, idiosyncratic seats that are brought out for temporary, open-air cinemas common in countryside villages throughout Taiwan. Sometimes referred to as “Mosquito Cinemas” due to the clouds of insects they attract, the screenings usually happen in front of Daoist temples for the deities themselves on the occasion of their birthday. The neighborhood crowd that gathers is inevitable but incidental.

Like most of the motifs in Michael LIN’s work, the patterns that are rendered on top of the stools, benches and tables are appropriated from traditional Taiwanese textiles. The patterns refer to the agrarian society, where they were used on bedding as a part of marriage dowries. They allude to a collective memory and mark an age of modernity in Taiwan: the transformation from handcrafted modes of production to industrialized ones and from rural to urban ways of living.
GALLERY 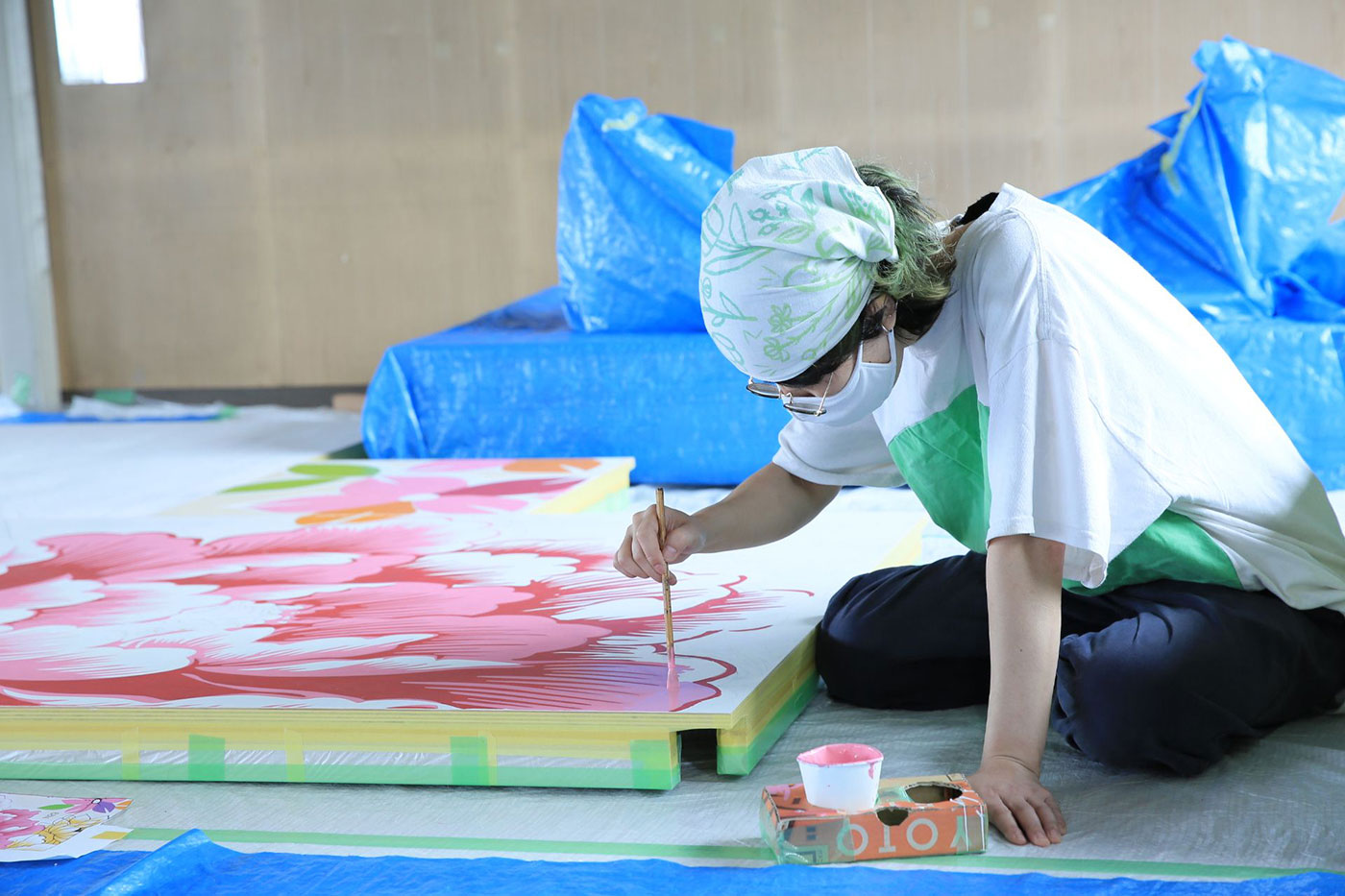 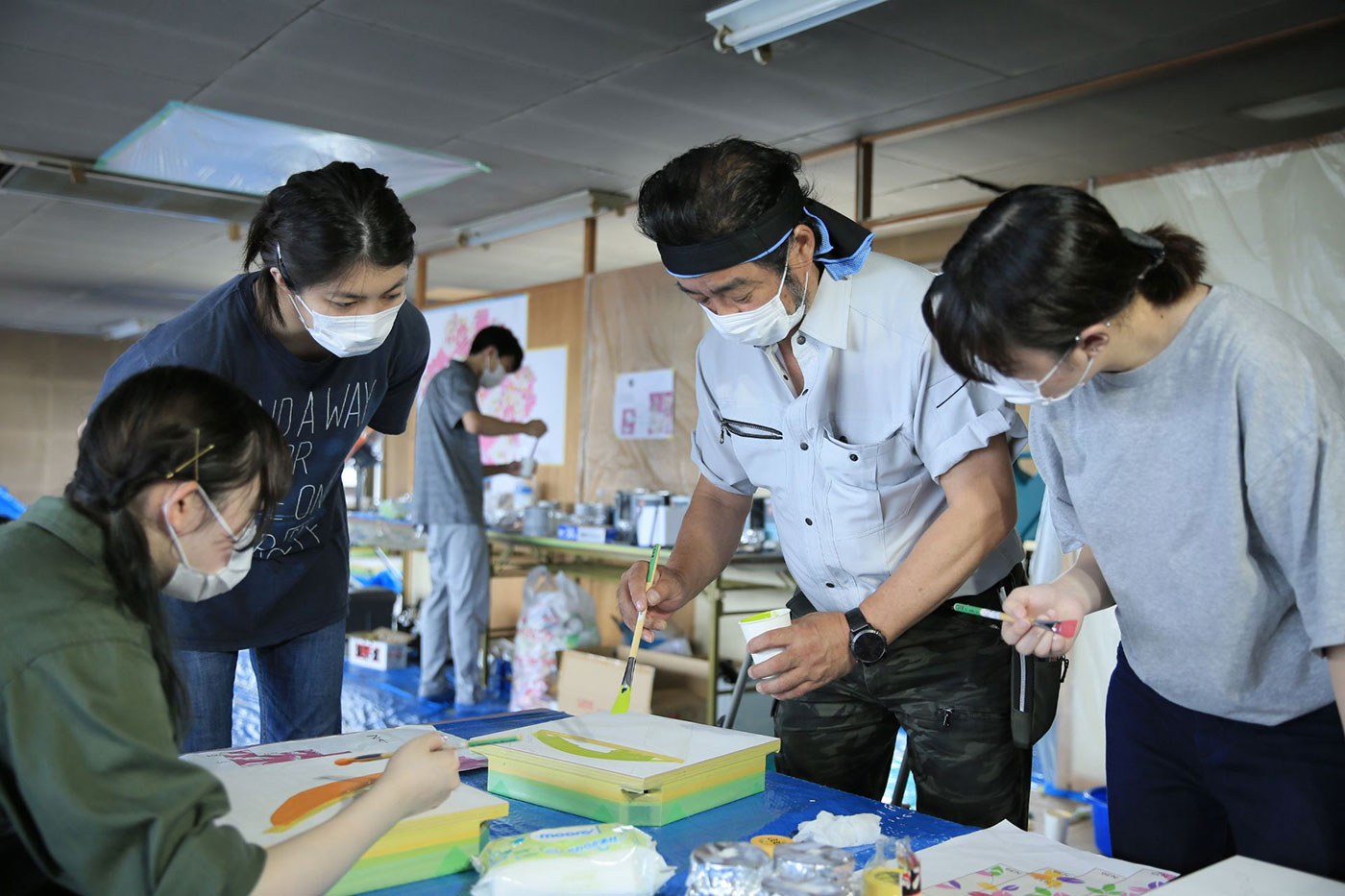 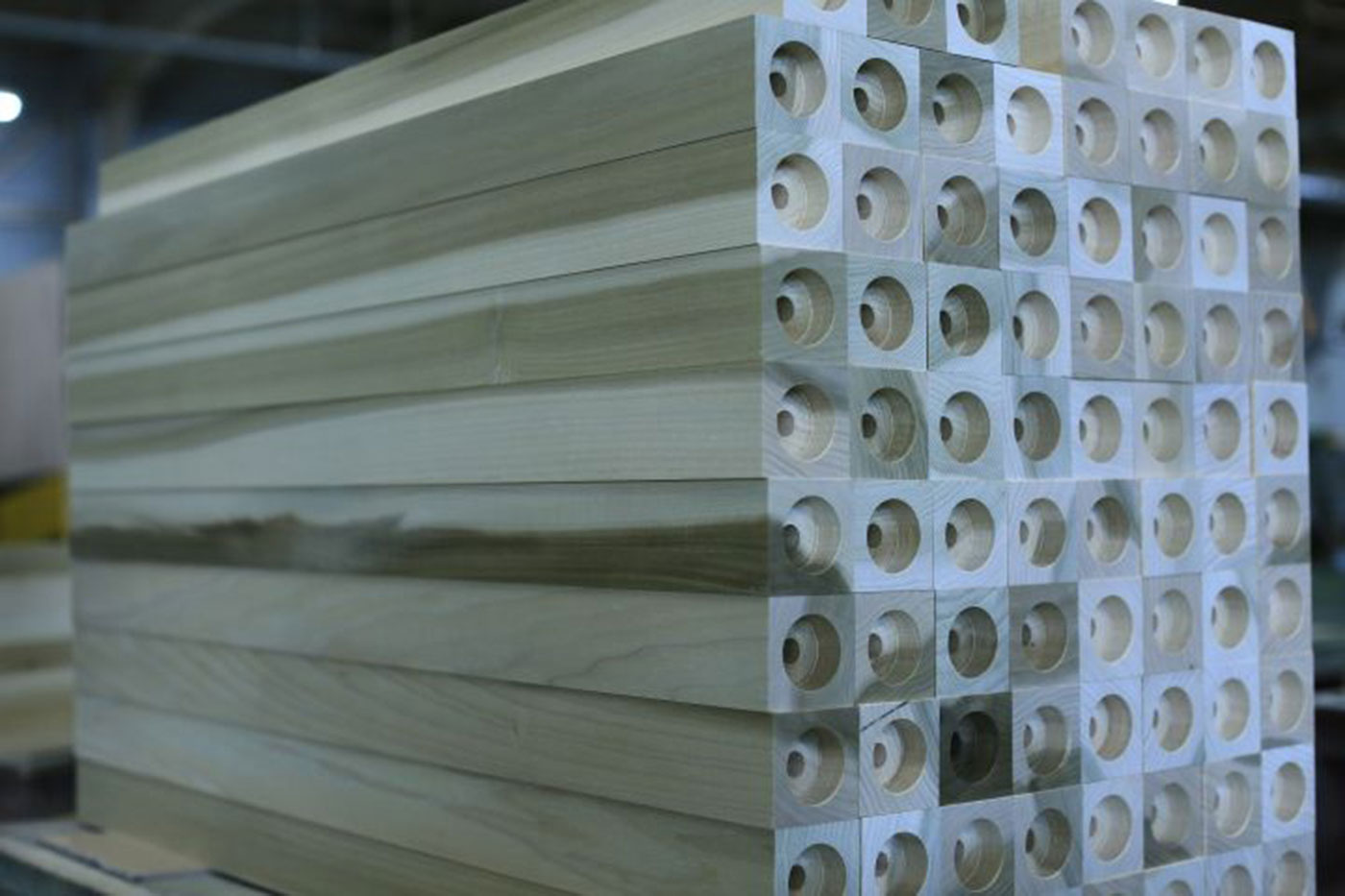 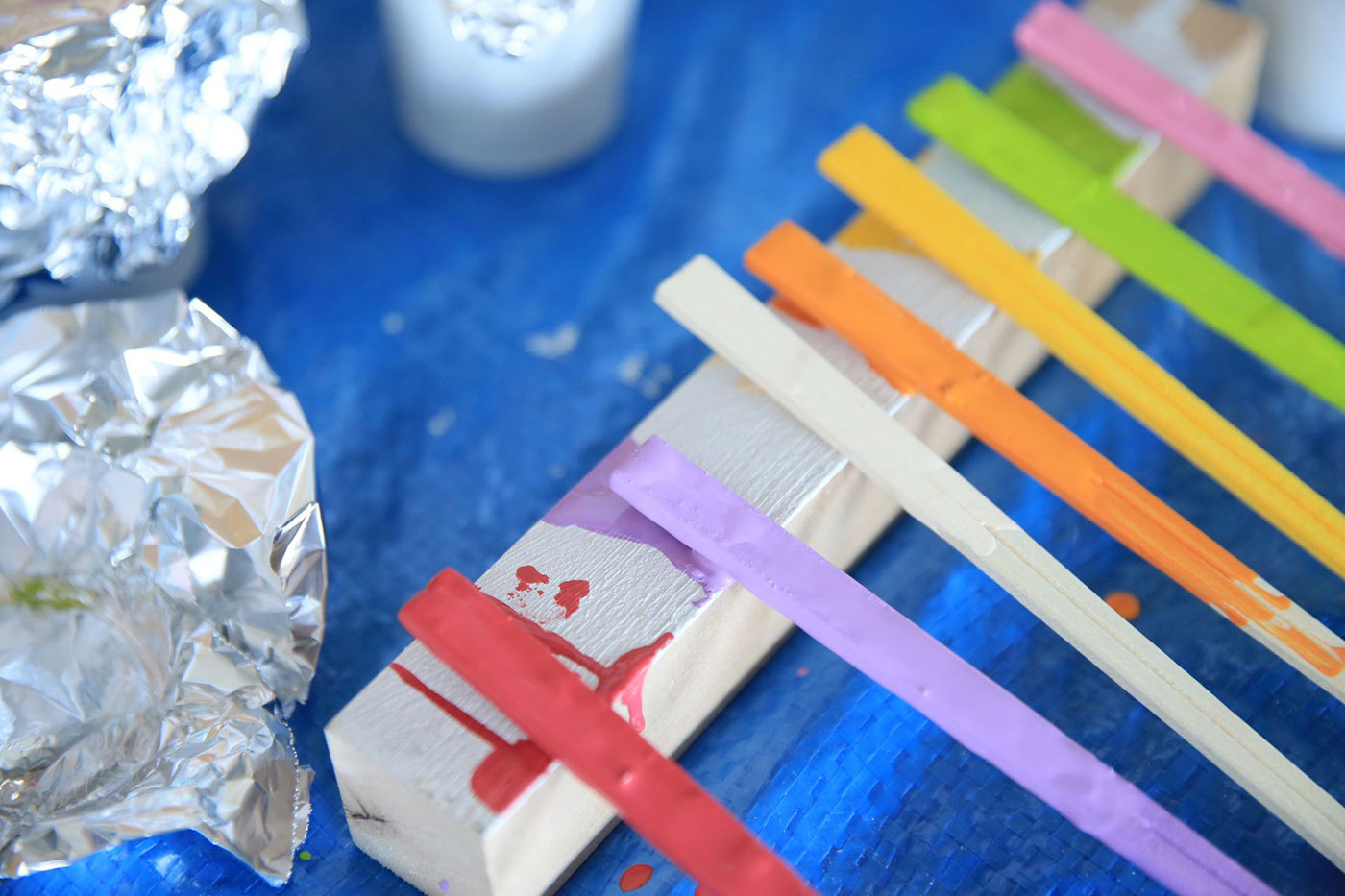 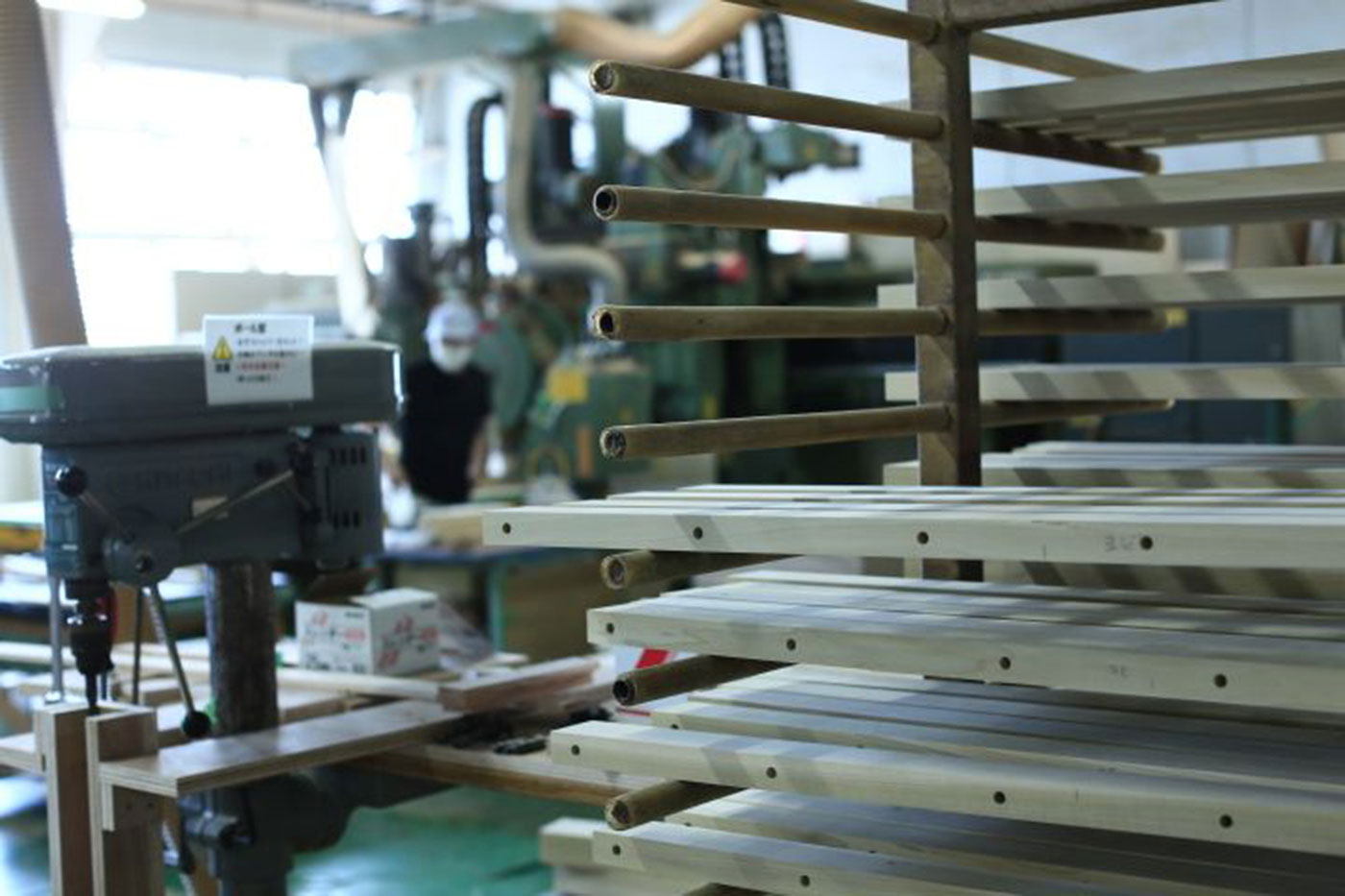 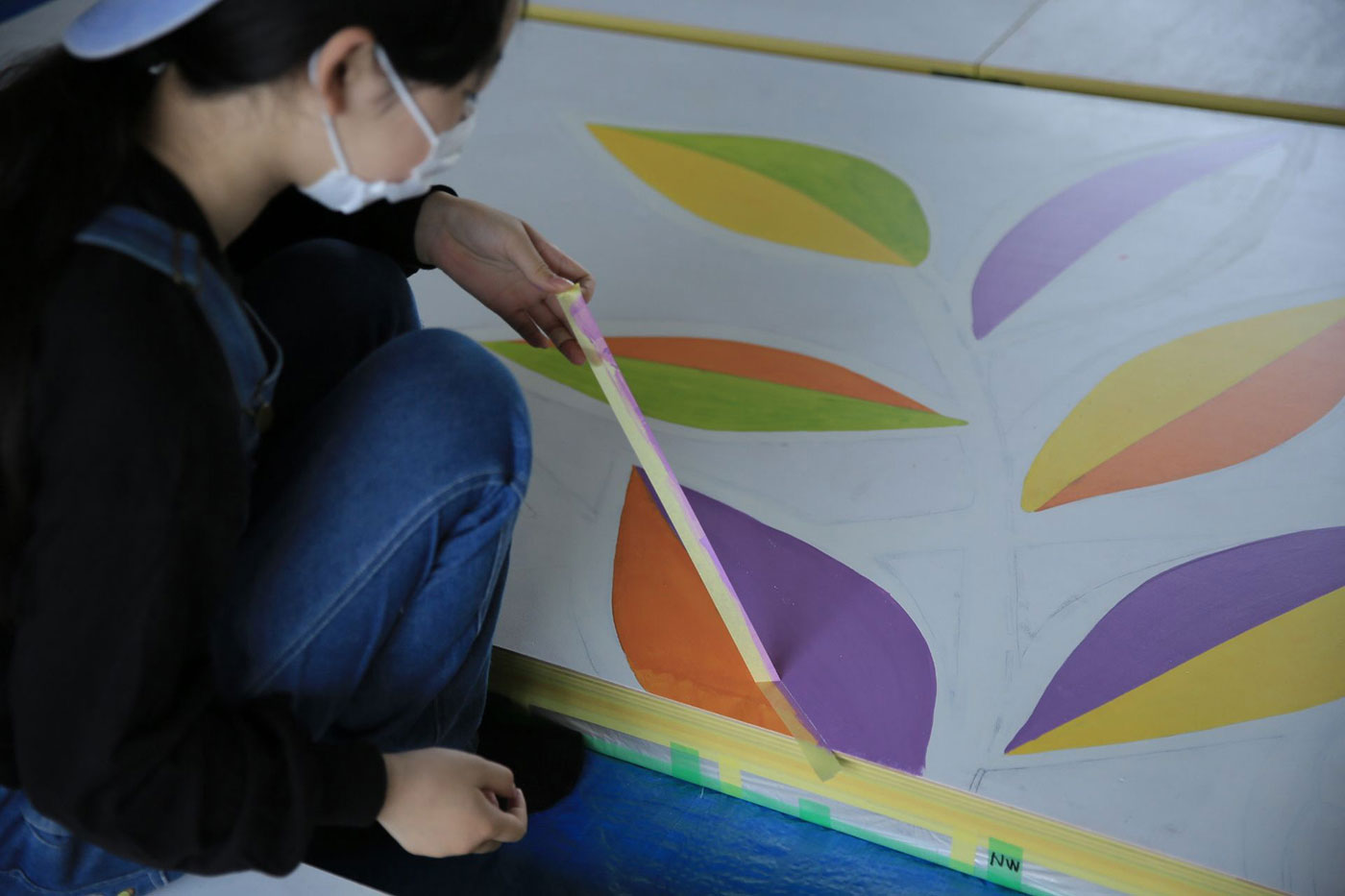 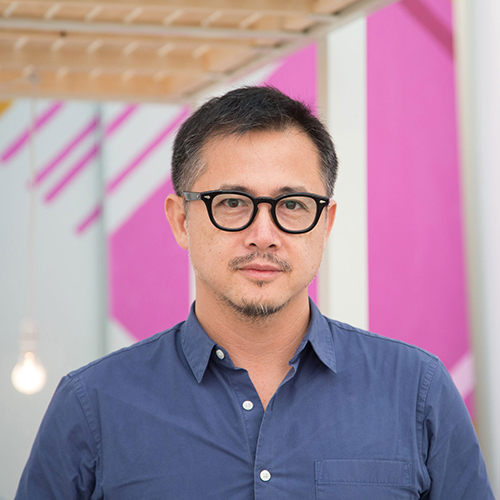 Michael LIN
Michael LIN is an artist living and working in Taipei and Brussels. LIN turns away from painting as an object of contemplation toward one of painting as a bounded, physical space, one we can settle into and inhabit (Vivian Rehberg). LIN orchestrates monumental painting installations that re-conceptualize and reconfigure public spaces. Using patterns and designs appropriated from traditional Taiwanese textiles his works have been exhibited in major institutions and international Biennials around the world including The Istanbul Biennial, Auckland Triennial, Palais de Tokyo, Paris, PS1, New York, The Museum of Contemporary Art, Tokyo, Jumex Museum, Mexico City and most recently at Museum of Contemporary Art, Toronto.

Transforming the institutional architecture of the public museum, his unconventional paintings invite visitors to reconsider their usual perception of those spaces, and to become an integral part of the work, giving meaning to its potential as an area for interaction, encounter, and re-creation. 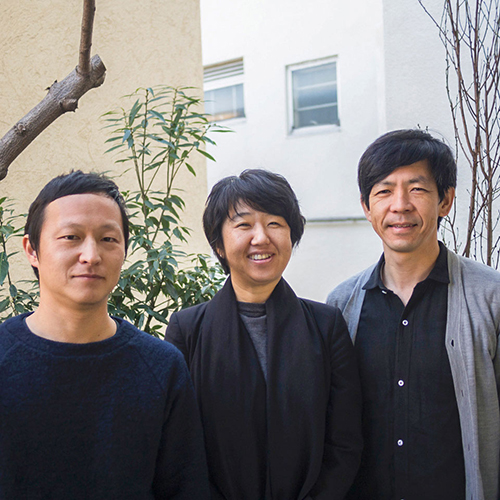 Atelier Bow-Wow
Atelier Bow-Wow is a Tokyo-based firm founded by Yoshiharu Tsukamoto and Momoyo Kaijima in 1992. Yoichi Tamai joined as partner in 2015.Their interest lies in diverse fields ranging from architectural design to urban research and the reconstruction of commons, which are produced, based on the theory called “behaviorology”. The practice has designed and built houses, public spaces, facilities, commercial buildings across the world.
Creators | Michael LIN, Atelier Bow-Wow
Production | Michinoku Graphic
BACK