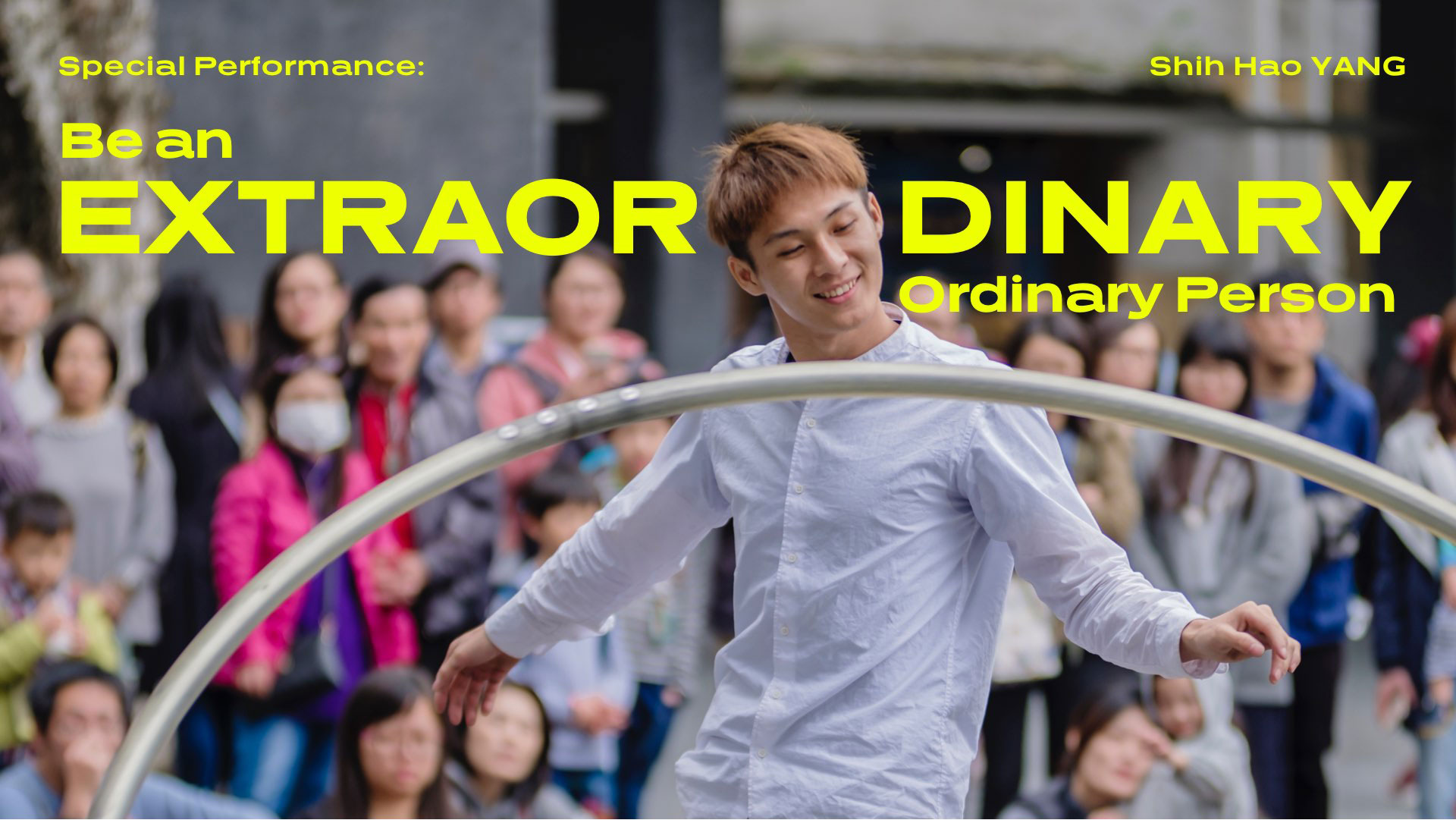 Before I heard the song Be An Extraordinary Ordinary Person, I was someone who had nothing to do with success whatsoever, but I've never given up on wanting to become an extraordinary person," said the extraordinary ordinary Shih-Hao YANG. "True success is not something you can pursue by chasing it. Instead, when you are passionate about the world you love and by getting stronger in that world, then it doesn't matter if no one understands your world, because you will never lose.

This creation comes from a long, long time ago, before he became a world-famous performer, before he met the Cyr wheel he is so good at, before we knew he's an extraordinary ordinary person...

Cyr wheel artist Shih-Hao YANG uses singer-songwriter Sandee Chan's song Be An Extraordinary Ordinary Person as his main creative inspiration. His seemingly inorganic spins and rotations, together with lyrics and melody that seem to be so relatable, attempt to extract the everyday moments of his own growth process. After the rampant pandemic in the past year, have we become farther and farther away from the everyday? So far that we've forgotten what ordinary life is like?

When the first line of the song comes on, what words come to your mind? Let Shih-Hao YANG and his trusty Cyr wheel round up everyone’s memories. As he moves around, sometimes dancing lightly, sometimes falling heavily, let his many movements that almost make people want to close their eyes and cry out in surprise recall the most familiar everyday moments in your heart.

Then believe that we can do it, we can all do it.
After listening to this song, I started to rethink what life is. As I spin on the Cyr wheel, the road that I had trouble seeing from the dizziness at first has become clearer and clearer along the way. Looking back, I am glad that I am not spinning around for others. I am flowing with the lyrics and music of Sandee Chan and spinning for myself. Becoming yourself is already an extraordinary thing.
GALLERY 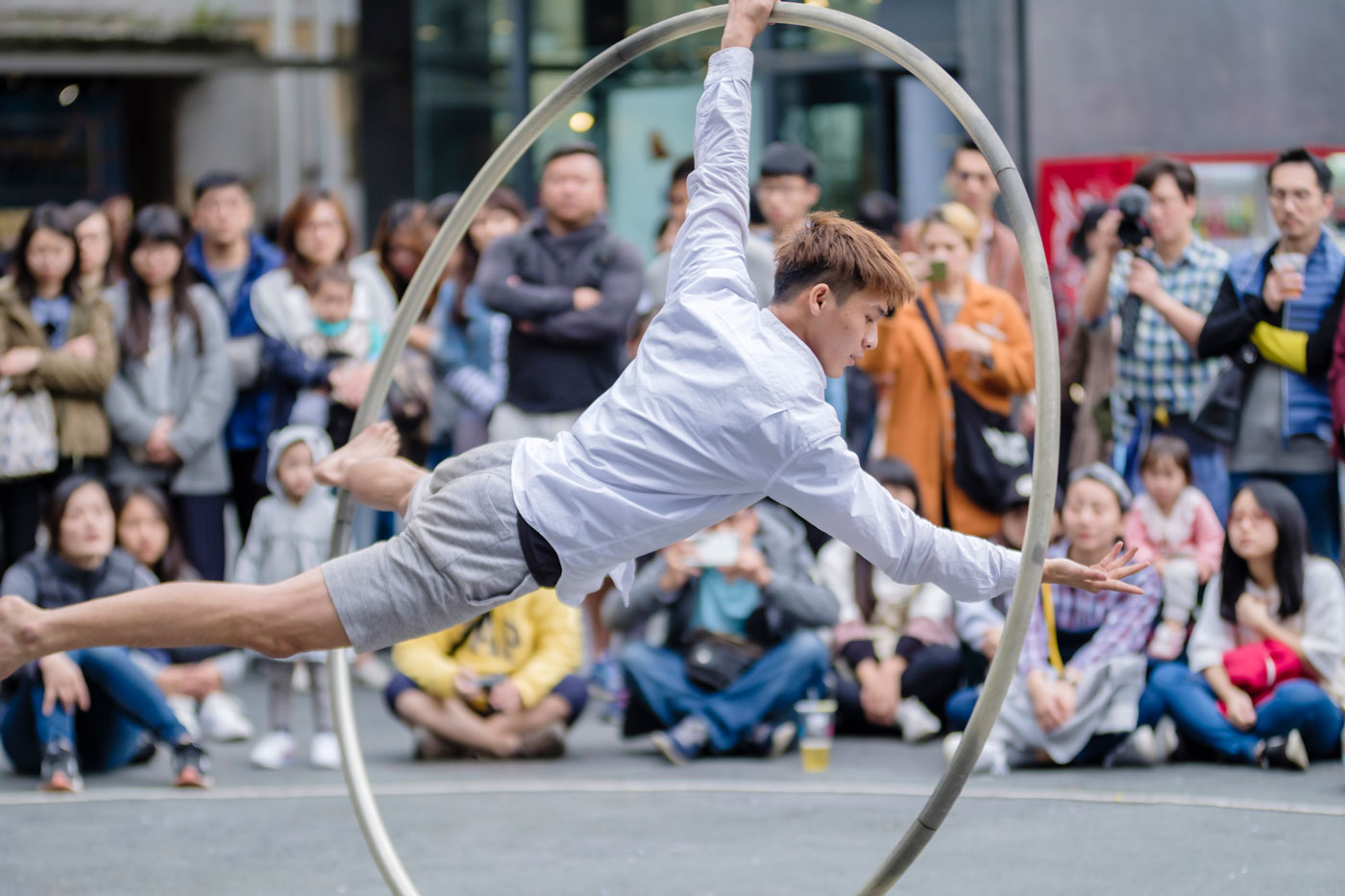 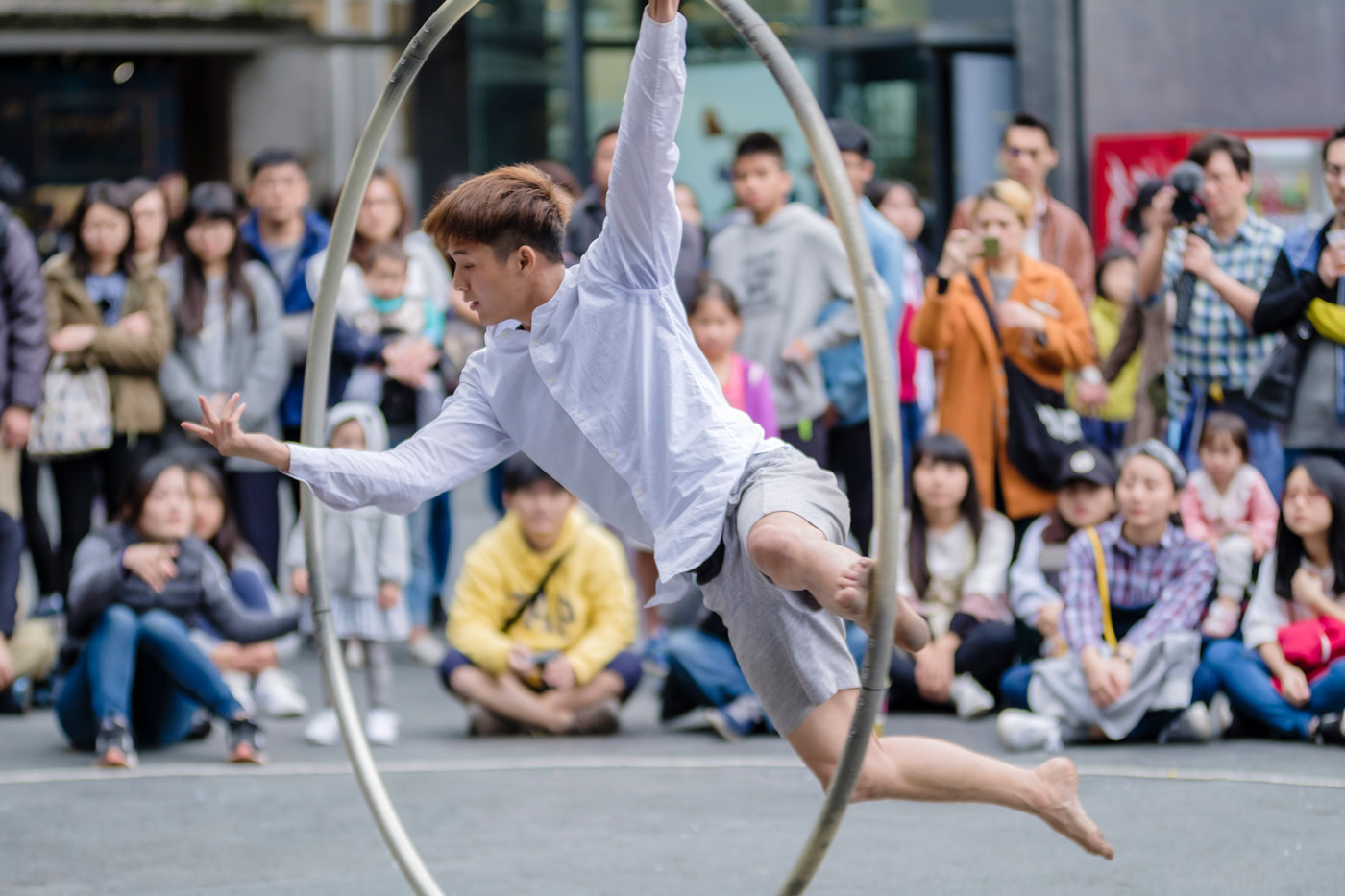 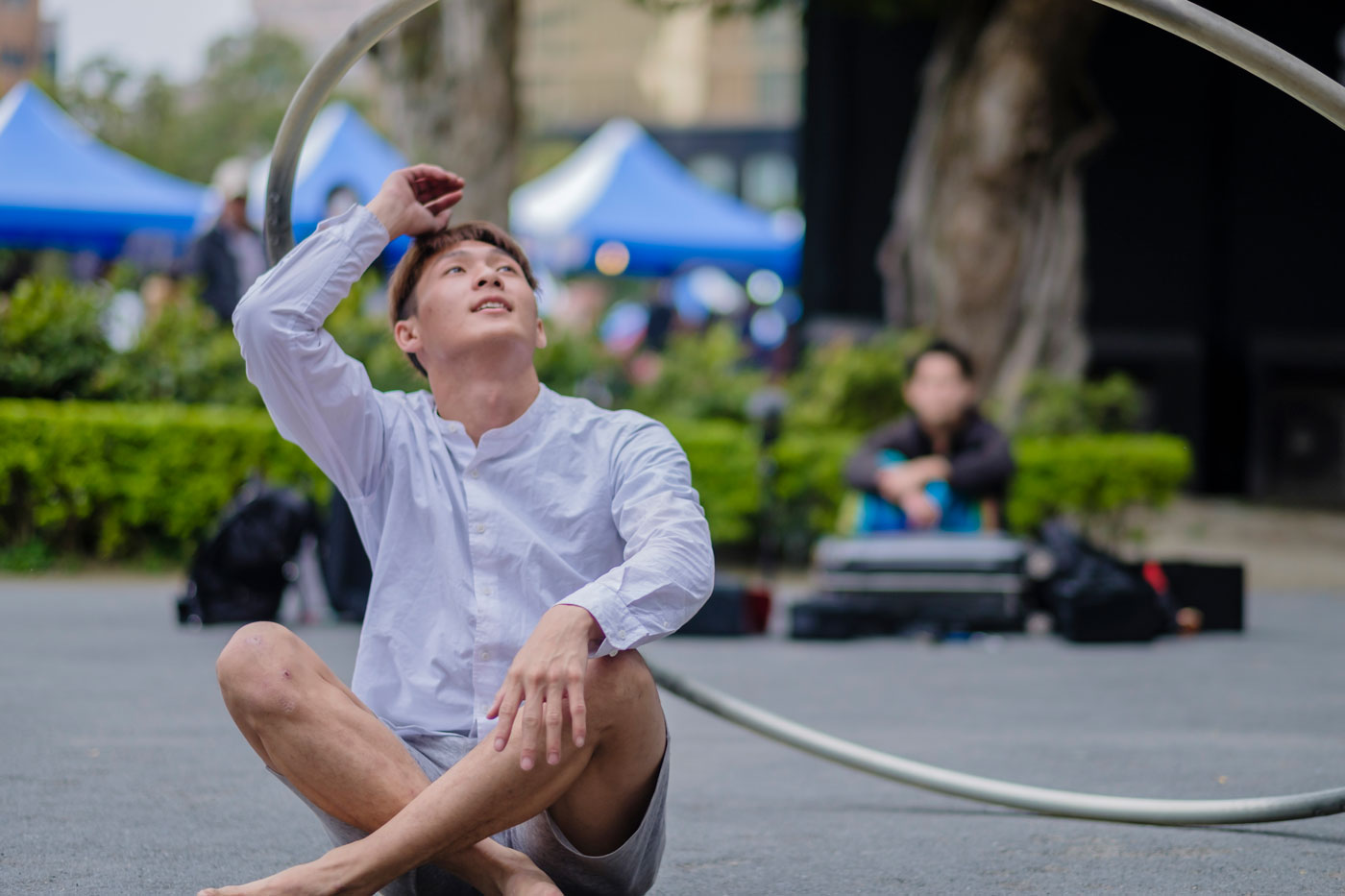 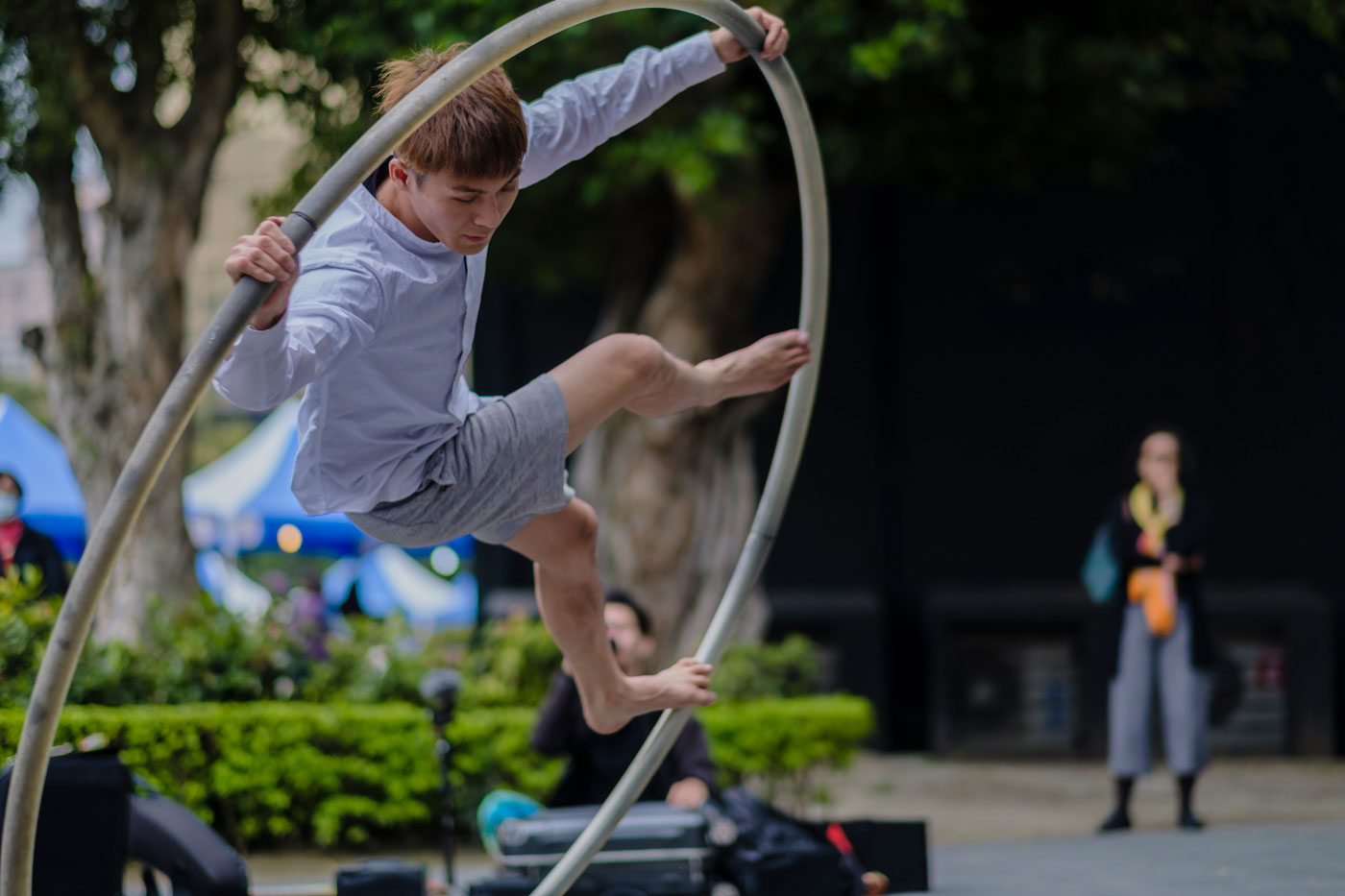 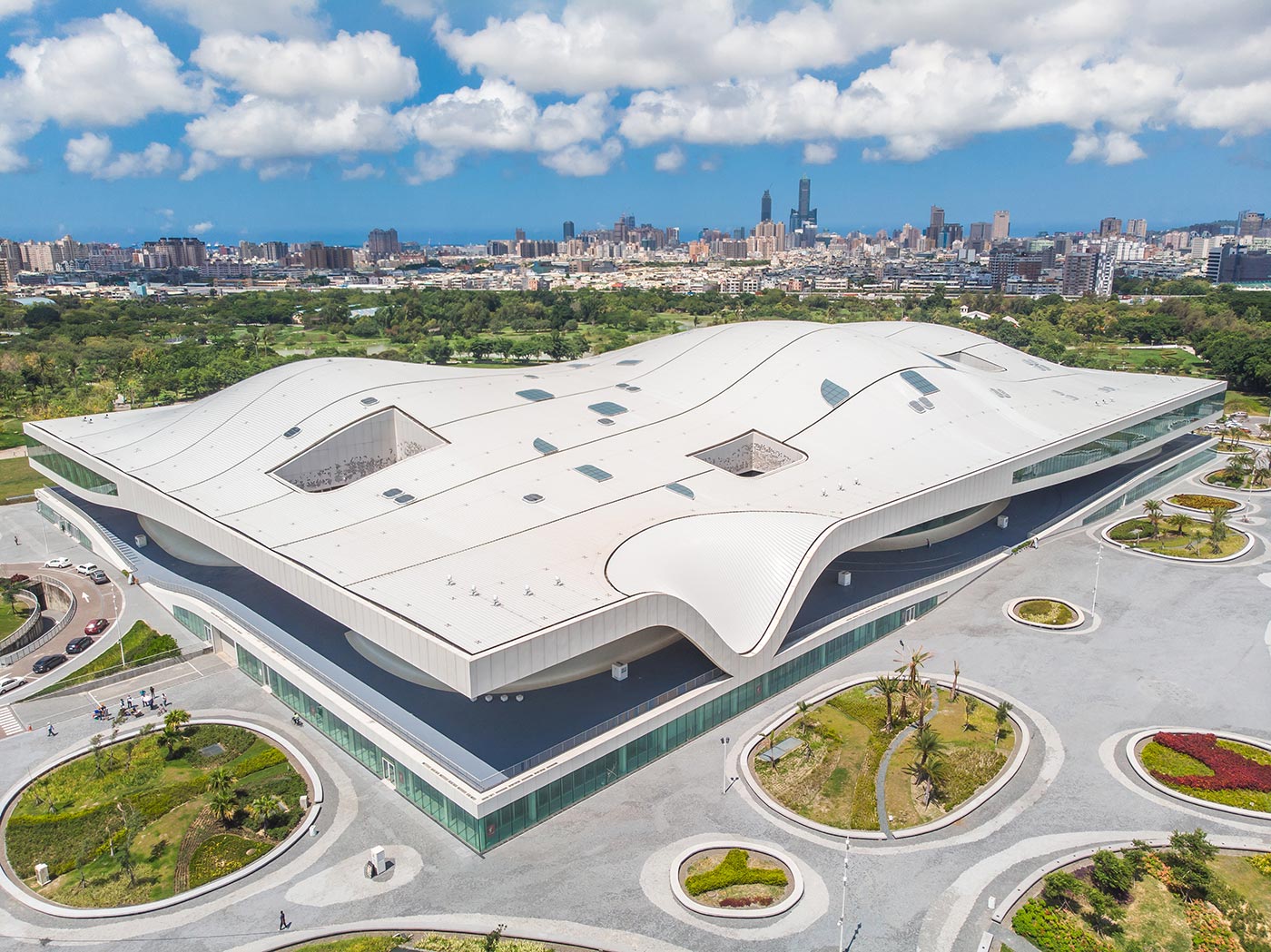 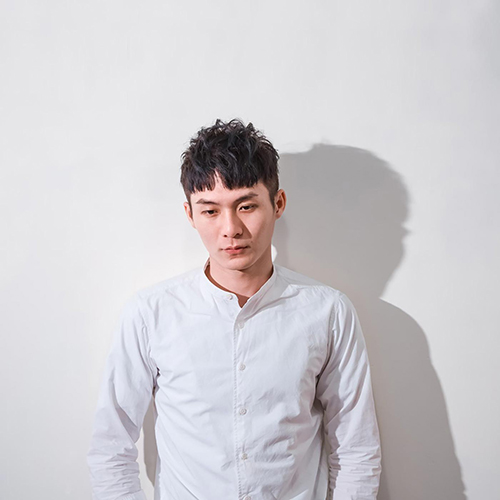 Shih-Hao YANG
YANG began performing circus acts in 2011 with hat juggling and is the founder and art director of Circus Gate. He represented Taiwan on the international stage, including Young Stage in Switzerland, Circuba in Cuba, and Variete Am Seepark Freiburg in Germany. Since 2015, he began performing Cyr wheel acrobatics and moved from the stage to the streets, having recently won the Street Artist Competition in Tainan, Taiwan and performed at the Daidogei World Cup in Shizuoka, Japan. His Cyr wheel performance has been viewed over 10 million times online and has seen his popularity explode after stepping on the stage of Asia's Got Talent. He is currently dedicated to the development of longer circus acts as well as recording the story around circus culture. YANG has also started a charity seminar project to bring awareness to social issues.
BACK